Human Rights Presentation 1. What is Human Rights? Human Rights refers to the concept of human beings as having universal natural rights, or status, regardless of legal jurisdiction or other localizing, such as ethnicity, nationality, and sex. 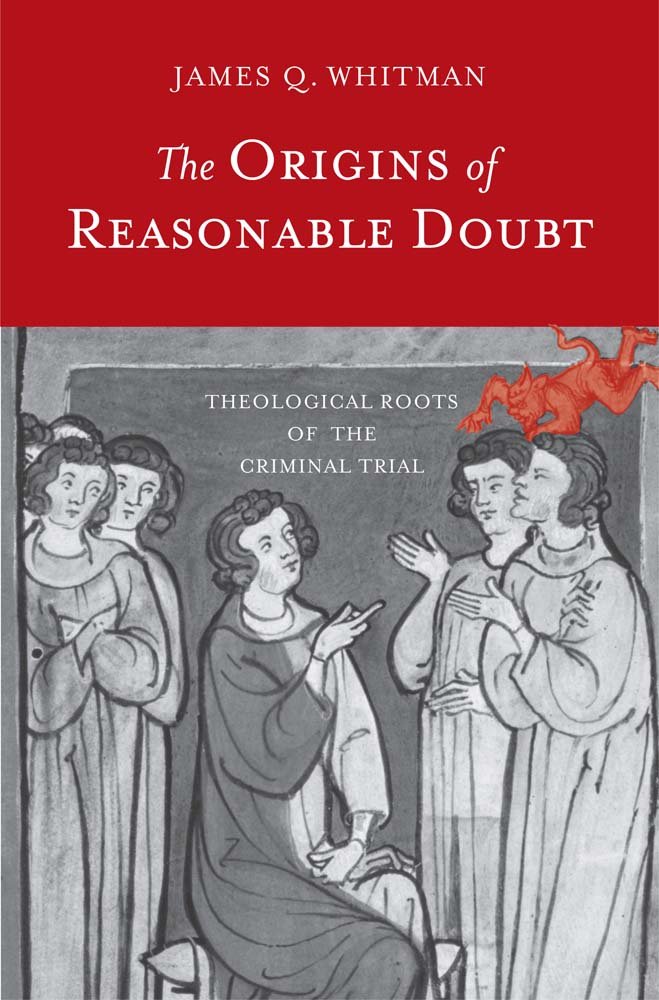 A new student project could save the lives of the wrongfully convicted.

Innocent until proven guilty. So, as a pretrial detainee, you have not been convicted of a crime and are. The right to a free lawyer, if you cannot afford one.11 You may have heard these warnings on TV shows, and many people can recite them by heart. However, even though the police on television always read the warnings to 3. It is sometimes said that in inquisitorial systems, a defendant is guilty until proven innocent. It has also been said that this is a myth and a former 'common conceit of English lawyers'. A presumption of guilt incompatible with the presumption of innocence has been called 'inquisitorial'. Common law presumptions. Download Free PDF. NAPOLCOM ENTRANCE REVIEWER. Download Full PDF Package. A short summary of this paper. The suspect is presumed guilty until proven innocent. The suspect is presumed innocent until proven guilty. The suspect has the burden of proving himself innocent.

Brandon Moon was a 25-year-old college student at the University of Texas at El Paso in 1988 when he was convicted of rape and sentenced to 75 years in prison. Last December, after 16 years behind bars, he was released following conclusive DNA testing that proved his innocence. A few days later, Jennifer Millstone ’05 received a gift from Moon–an angel pin that he’d made in prison–to thank her for helping to set him free.

“When I heard he was exonerated, it was one of the happiest days of my life,” said Millstone, who worked on Moon’s case as an intern at the Innocence Project in New York City last summer. Now a new group on campus will make it easier for other students to help inmates like Moon. This spring 2Ls Benjamin Maxymuk, Dana Mulhauser and Alexander Abdo launched the Harvard Project on Wrongful Convictions.

Moon is one of 158 individuals nationwide whose convictions have been overturned through DNA evidence since 1989, says Maxymuk, who was inspired to launch the project after a campus visit last year by Barry Scheck, the criminal defense attorney best known for his DNA work for the O.J. Simpson legal defense team. Scheck, along with attorney Peter Neufeld, has been pioneering the use of DNA evidence since 1988. Together, they established the Innocence Project at the Benjamin N. Cardozo School of Law at Yeshiva University in New York City in 1992, as a nonprofit legal clinic focused on cases where post-conviction DNA testing might yield conclusive proof of innocence. The clinic has since helped to exonerate dozens of wrongfully convicted individuals and sparked the creation of more than 30 Innocence Projects based in law firms and law schools across the country.

Credit: Ruben Ramirez/El Pazo Times After 16 years in prison for a crime he didn’t commit, Brandon Moon is released. He is accompanied by his attorney and by Innocence Project co-founder Barry Scheck.

“[Wrongful conviction] is not a new issue,” said Maxymuk. “The difference now is DNA. Before, people didn’t want to believe that eyewitness testimony isn’t always reliable. But it turns out, it’s one of the least reliable types of evidence. People have started to listen and look at reforms because DNA is nearly irrefutable. People can’t turn away from it.”

Moon’s exoneration was the second one Millstone had helped to bring about through her summer internship, and the experience left her wanting to do more.

Last fall she arranged to work 10 hours a week for the New England Innocence Project in Boston, whose network of attorneys in several local law firms has been directly involved in the exonerations of five New England men since its founding in 2000.

Millstone is one of several law students from local schools who have worked with NEIP on the dozens of requests for post-conviction case reviews that come in every year. She was able to get two of her professors in criminal law courses to grant clinical credits for her time at NEIP. More than 40 students have joined the HLS project, and 11 have had training for case review work, according to Jennifer Chunias, who taught the First Year Lawyering course at HLS and has served as project director at the NEIP since 2003.

“Each student is responsible for conducting both the investigative review and the analysis of the legal issues that were presented at trial and on appeal,” said Chunias, who was Millstone’s supervisor and will serve as the new group’s trainer and adviser as students comb through trial transcripts and court files. “It’s a very interesting intellectual exercise because all the work we do is post-conviction. The students are charged with unpacking each case. In a way, we’re asking them to take away the conviction and say, ‘If there was biological evidence here and if it was tested, would it be probative of innocence?’ If so, then we should pursue it.”

Five HLS students have begun receiving cases for review, which they will work on in addition to their full-time summer jobs. Chunias and Maxymuk expect as many as another 10 students per semester to review NEIP cases.

While Maxymuk has already had a taste of case review through his job last summer at the Office of Capital Defense Counsel in Jackson, Miss., he said for many Harvard Law students, this will be the first opportunity to “see what a trial transcript looks like, and they’re definitely going to see the effect of these cases on real people.” 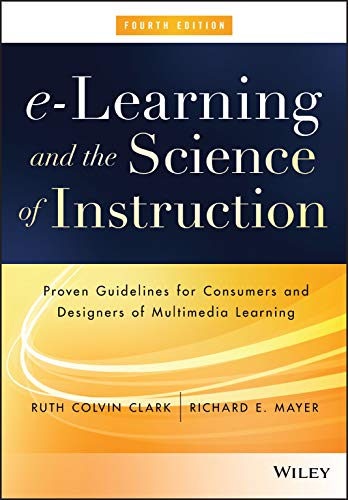 Using Millstone’s experience as a model, the group is arranging for students to earn clinical credits for NEIP casework. In fact, Millstone has been instrumental in helping structure the new group, which plans to offer a seminar as well as panel discussions, guest lectures, policy papers and even films to boost awareness on campus.

Credit: Richard Schultz Jennifer Millstone ’05, wearing the angel pin Brandon Moon made to thank her for helping to set him free 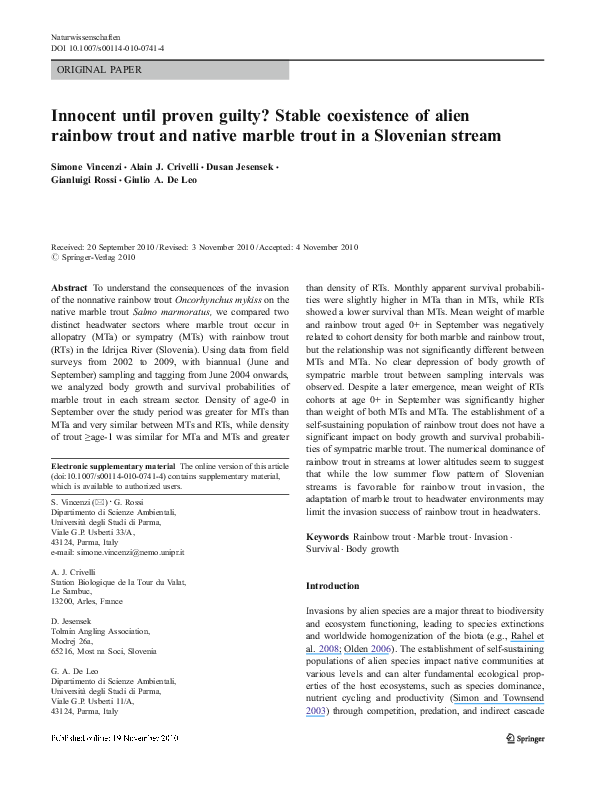 “I was alone [at Harvard] on this project. I was just feeling my way,” said Millstone. “I would have loved to talk about my cases with other students.”

Chunias will hold a workshop for students doing case review. Professor Charles Ogletree ’78, the project’s faculty adviser, has a related course in the works.

“The [Harvard Project on Wrongful Convictions] is one of the most exciting things I’ve ever seen happen at Harvard Law School in my 30 years of association with the school, as a student and as a faculty member,” said Ogletree.

The exonerations, in recent years, of 13 death-row inmates in Illinois, he said, have been deeply motivating to HLS students: “The magnitude of death being a crapshoot or a flip of the coin–to have such errors in the criminal justice system–is frightening. The fact that Harvard Law students see this as a mission that they will pursue is great for the system, great for the law school and, most important, may mean the difference between life and death for people who are facing sanctions when they are completely innocent.”

Neufeld, co-director of the Innocence Project in New York City, said the Harvard project will give HLS students the “unprecedented opportunity to walk a wrongfully convicted man or woman out of prison and into freedom. It doesn’t matter whether, ultimately, you become a corporate lawyer, judge or advocate for criminal justice. That experience will be life-changing.”

While exonerations are their main focus, the HLS students will also advocate for reforms in the criminal justice system. Chunias said that includes pushing for improved standards for state crime labs, and for legislation that would guarantee the preservation of DNA evidence and make it easier for defendants to have access to it for post-conviction testing. (Massachusetts has yet to pass such a law.) Students will also lobby for better training protocols for police and prosecutors to lessen the chances that convictions can be based on mistaken eyewitness identifications (an issue in Brandon Moon’s case). 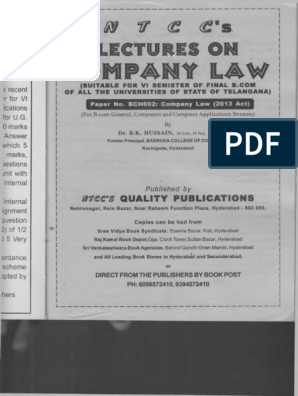 “If there is DNA evidence clearing someone, that means the ID was bad and it takes the reasonable doubt out of reasonable doubt,” said Mulhauser, who worked last summer for the Public Defender Service for the District of Columbia.

“There’s a strong current in society that wants to believe the justice system doesn’t make mistakes,” added Maxymuk. “We want to make sure there’s some effort to fix the broken processes that are churning out all these mistakes, not to mention stealing decades from people’s lives.”

New Program to Focus on Race and Justice

Racial disparities have long plagued the field of criminal justice. Two percent of white men in their late 20s are incarcerated, compared with 13 percent of black males. Two-thirds of crack cocaine users are white or Hispanic, according to the Department of Health and Human Services, yet 81 percent of crack cocaine defendants are African-American. A recent study from the University of Michigan shows similar racial gaps in wrongful convictions. While 58 percent of prisoners convicted of rape were white versus 29 percent black in 2002, black defendants accounted for nearly two-thirds of rape exonerations.

The Harvard Project on Wrongful Convictions allows students to work directly on exoneration cases. A new program being launched at Harvard this fall-the Charles Hamilton Houston Institute for Race and Justice-will examine many of the underlying issues involved in these cases within the broader context of race and the law. It will sponsor research and co-host conferences with a range of organizations pursuing questions of racial justice. Professor Charles Ogletree '78, who serves as faculty adviser to the Project on Wrongful Convictions, will direct the new institute.

'On the heels of the hundreds of cases of wrongful convictions around the country recently, and the dozens of cases in Massachusetts, the Charles Hamilton Houston Institute for Race and Justice opens at a critical time and will allow my students real-world experiences in addressing problems in the criminal justice system,' Ogletree said.

Charles Hamilton Houston '22 S.J.D. '23 was the architect of the plaintiffs' litigation strategy in Brown v. Board of Education, the landmark case that ended segregation in public schools.
--Mary Bridges